How to learn the Russian alphabet fast?

So you've decided to learn Russian! That's great! The first logical step is to learn the Russian alphabet. There're many videos on YouTube that can help you, many online resources with wealth of information. But how can yo actually memorise the alphabet quickly?

A very effective way, many find, is to use associations and pictures.

Here how it works

The Russian alphabet is called the Cyrillic alphabet. That's its official name. It contains 33 letters in total, of which

Out of 33 letters, you already know 5! They're t, m, o, a, k. You can remember these letters by memorising a sentence: The man orders a kiwi. 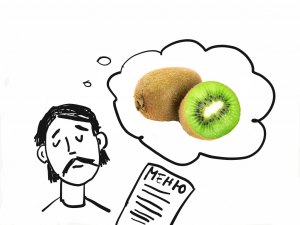 It’s just one short sentence! The man orders a kiwi. Have you ever ordered a kiwi? I haven’t.

Now, imagine a guy who really likes kiwi, he goes to a Russian restaurant and orders one... . This is quite strange!? But I bet you will remember these 5 letters next year if someone asks you about it. The man orders a kiwi.

These are so-called "false friends". There're 12 of them. They're already very familiar to you because they exist in the English language. 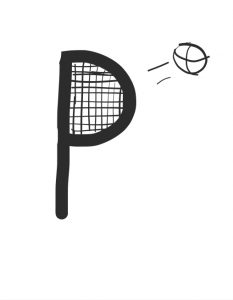 This is the first false friend that we will see. It looks like our p, but it is pronounced not the same. It's pronounced like R but more “rolling” than in English. Imagine, the engine of your motorbike revving.

Whenever you see the р, think of a (tennis) racket. It looks like one. Russian women are world-class level in tennis. Think of Anna Kurnikova. 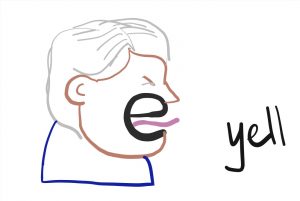 The Russian е is not pronounced like our e, but it is quite close.

Whenever you see the letter е, think of a Russian man that is yelling like crazy. The man in the picture looks like Boris Yeltsin, the former Russian president (right before Putin). 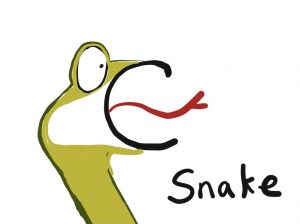 Whenever you see the c think of a snake, with his tongue coming out of the letter.

Do you remember the letters CCCP that the Soviet Union put on the side of their space ships and on all the outfits of their sports teams? You can now impress your friends by saying that this should be pronounced sssr. 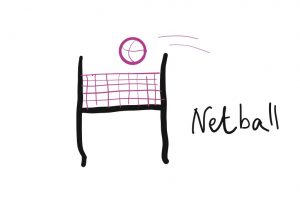 Whenever you see the н, think of a game of netball. It's not a particularly popular sport in Russia.

Imagine pretty girls playing it! Then I bet you will remember this letter! 🙂 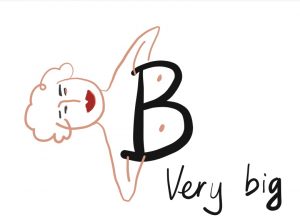 It seems insane that you should think that! It's totally inappropriate! But I can guarantee, this letter you will NOT forget now, as you can't unsee this... 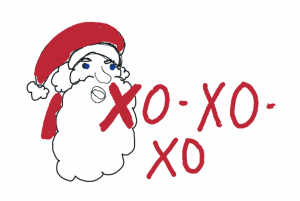 Santa is a very kind guy! He says: "Ho-ho-ho!!" But also, as you know the sign for a kiss is X just as the Russian letter which is pronounced as h. In the picture you can see Santa saying ho-ho-ho in Russian, he's also blowing you kisses! 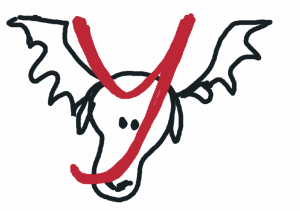 Russian letter у as in moose

Imagine a moose who drank a lot of booze and now he's in a cartoon. The Russian letter У resembles ever so slightly the English letter Y, but Russian letter is falling to one side, it's not quite steady on the feet, bacause, remember, it's DRUNK! Ooooh!

You already know 12 out of 33 letters. By now you can read all these words? 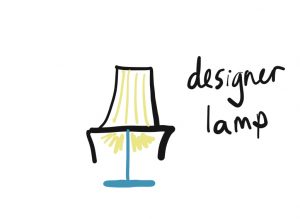 This letter looks like the Greek letter d (delta), but is not exactly the same. With some imagination you can transform the shape of this letter into a designer lamp.

I admit, the asymmetric design is a bit odd, but that is what it makes a designer lamp. 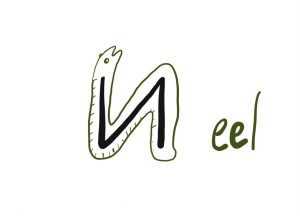 This is the first truly Russian letter that you encounter.  It looks like a reversed capital letter N.

Whenever you see the и think of an eel (sort of fish) that is swirled around the letter. Don’t know what an eel is? Then imagine some fish that screams “ee!”. 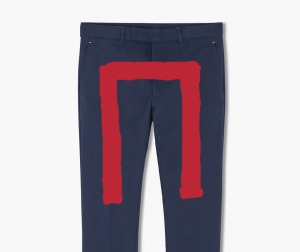 Russian П as in Pants

If you paid attention in Math classes, you recognise the letter п as pi.

If you’re not already familiar with this letter then you can think of pants that nicely fit the letter whenever you see this letter. 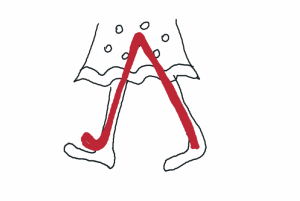 Russian letter Л as in legs

It's like two long legs walking down the road. I can't believe the resemblance!! 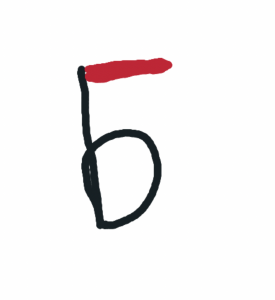 Russian letter Б as in b

It's like an English letter b, but with a visor to keep this letter from the blasting sun! Do you like this letter? I think I rather do... 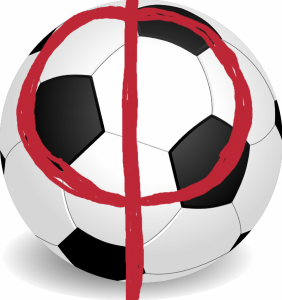 Russian Ф as in Football

Russia is not a football nation, however, we have such a wonderfully round and bouncy letter like  Ф! Don't you just want to kick it, when you see it? 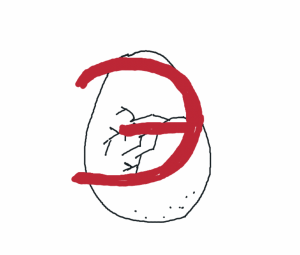 Russian Э as in Egg

The shape of this letter reminds me of an egg with a crack. Every time you see it ( which will be a lot), think 'egg, egg, egg!' 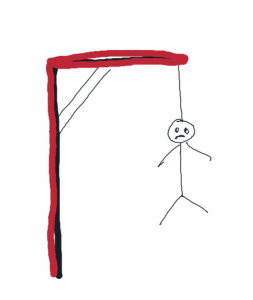 The shape of the letter looks like a gallows. Not the most fun picture, but you will definitely remember it this way. 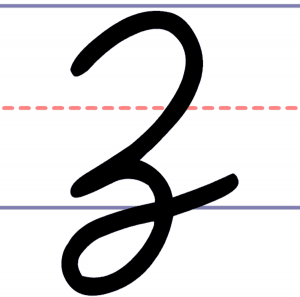 Did you know, that the English letter Z in cursive is written exactly like the Russian З!? In fact, it looks THAT similar, that it's hard to know which letter Z or З is in the picture.