Russian Cursive is NOT a curse!

Russian cursive is the handwritten form of the Russian block capitals. YES! Russians use it widely. YES! They teach this way of writing in schools. NO! Not all Russians understand everything that's written by their comrades.

It looks scary mainly thanks to countless jokes about it on the internet. However, most learners of Russian report, that Russian cursive was surprisingly easy to learn; it took them just a handful of lessons. 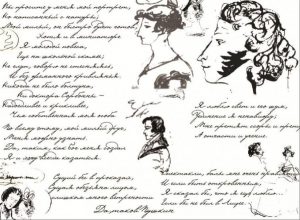 You may be familiar with a famous Russian poet - Alexander Pushkin. Many Russian cities, restaurants, streets, food and squares are named after him. He's like a Russian Shakespeare. In the illustration you can see his почерк (handwriting). Looks beautiful, but I promise you, not many Russians will be able to easily read it. 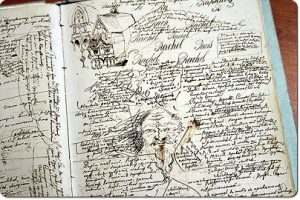 And this one is the handwriting of the Master of Darkest human thoughts, the author of epic 'Crime and Punishment' - Fyodor Dostoevsky himself! I honestly don't know who was able to read this... Well actually, his wife played a part in archiving his manuscripts, she probably did read every page of it with love and affection. 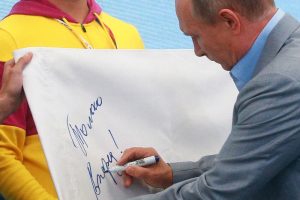 Last, but not least is Mr Putin's handwriting. He complains that he sometimes can't read his own writing. («Царапал, царапал — не всегда могу разобрать, что нацарапал», — говорит Путин.) "I've been scribbling and scribbling, can't read what I've scribbled..." said Putin in one of the meetings of Russian Union of Industrialists and Manufacturers Read full article

So, as you can see, you won't be the only one in the world who is overwhelmed by the Russian cursive. We love it though, because it looks cultured, educated, proper. It shows you had proper tuition, and you can relate to Pushkin, Dostoevsky and Putin... you can share the pain of millions!

Below is a video showing how to write cursive Russian. All you need to do is watch it, then copy each letter onto paper (use a pause button). Then practise cursive by converting any printed text into cursive. Show your teacher! Make her proud!!